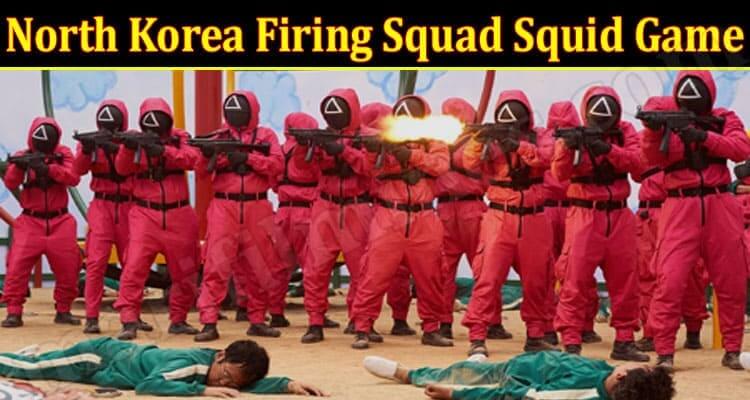 You must have enjoyed the Squid Game Series very much, but do you know what is happening in North Korea because of this series? Squid Games have undoubtedly been a thriller and adventurous Korean drama, which we all have enjoyed watching.

Its popularity in the United States and worldwide has made Squid Game one of the top shows on the Netflix platform. With all the great story and mysterious storyline, the series is great for binge-watchers, but the violence shown in the series has been an issue.

Firstly, let us have a little introduction to this series. The Squid Game has become the biggest series to ever launch on Netflix.

It is a South Korean drama series directed by Hwang Dong-hyuk, and it was first released on 17 September 2021; it has recently hit 111 million views on the Netflix platform, which is huge.

As mentioned, violence has been an issue for many, and because of that, the country North Korea has banned this series, which is why the North Korea Firing Squad Squid Game incident happened.

The country officials publicly declared that this show is an indictment of South Korea country’s Capitalist system.

Even though it is banned officially in the country, many people watched this series through smuggled copies, which has led to drastic consequences. Recently a man who smuggled pirated copies of this series has to suffer those consequences. Let us move to the next section and elaborate on the firing squad incident.

What is The North Korea Firing Squad Squid Game Incident?

A man who smuggled the Squid Game series is sentenced to death by firing squad for his this action. According to Radio Free Asia, a boy who bought this series has received a life sentence.

Many of the school teachers, administrators, and students are not forgiven. They are even fired from their work and sentenced to some punishment.

This all started when a high school student bought a drive containing this series and watched this series with one of his friends in class.

North Korea Firing Squad Squid Game incident happened because it is said that his friend told the whole class and all the students became interested in the series, and the boy shared the drive with them. Radio Free Asia source told that the government censors caught the students out after a tip-off.

This unfortunate news shows us how seriously and thoroughly the North Korean government is taking the perceived “protection” of the country’s citizens from external cultural influences. Check out this post to learn more about this incident in detail.

What are your views on this incident? Tell us about it in the comment section below. Also, do share this North Korea Firing Squad Squid Game post to inform others about this incident.