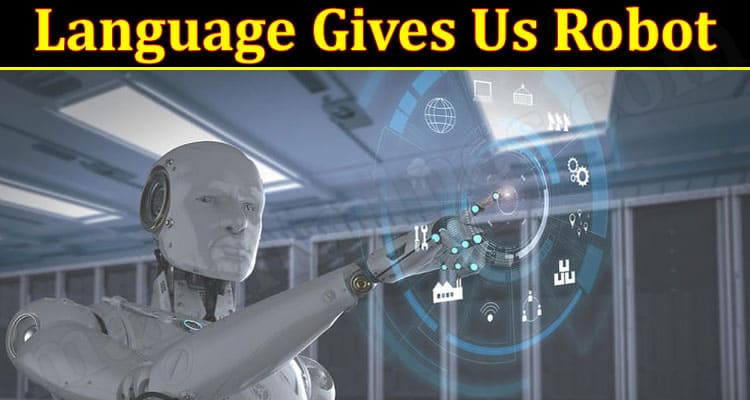 The blog offers readers the programming languages used in robot development and why it is true that Language gives us Robot.

The emergence of Artificial Intelligence robots has become the most crucial innovation in recent times. Modern science has emerged with Robotic ideas that decrease human labour. It also offers an error-free, problem-free work process. In the contemporary era, many IT-related industries are emerging with robotics ideas.

It is also true that robots have become the most popular objects for many. Especially in the United States, many organizations are working for this robotics technology. But the Robot has some essential features. To make a robot, we need many programming languages. So, we can say the Language gives us robots.

The emergence of robots idea is used in many areas. It is used for the development of structural reasons. Other types of robots are used for the industrial sector. Due to this reason, many Robot developing companies are emerging with robot programming.

Why do we say Language Gives us Robot?

To develop a good and unique robot, we need a proper programming language. It must be programmed in the best way. Programming means the Robot can take orders or instructions from the computer. The robotic programmer must know various kinds of programming languages. So, they can co-up with any situation for development purposes.

The robot integration needs formal languages. However, the software plays a leading role in complex language programming operations. It also decides the functionalities of the programming languages. So, when a robotic programmer starts to develop a robot, he needs to learn many languages. Due to this reason, we can say Language gives us robots. Following are the best programming languages for Robot development.

Python is one of the high-end programming languages that is used for developing Robots. The use of Python is necessary for building and testing purposes for the Robot. Python helps to teach in, automate, and post-process program and robot programming. Developers also choose Python for calculation, records, simulation and scriptwriting for the Robot developing process.

This programming language uses for general-purpose programming. It helps with objective oriented and generic programming features. The C++ language allows performance in real-time, help interaction with hardware at a low level.

Due to the use of many programming languages, we say Language gives us Robot. Like Java that helps the robotic system perform human-based tasks. Java also offers the mechanical API system and command and control reorganization. Java also helps in speech synthesis; the dictation system receives and process visual pictures etc.

According to a recent study, the robotic demand is growing to USD 49 164.8 million by 2024. Presently around USD, 15,837 Million is invested in the computerized programming system. So, many trying to develop new programming languages. So, it is true that Language gives us robots. Comment below!