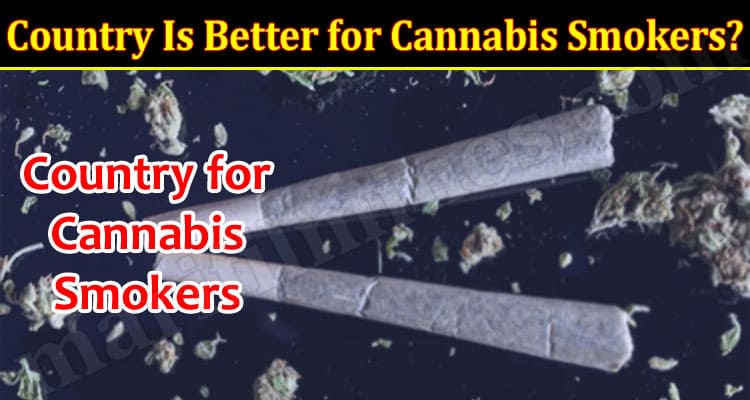 Which Country Is Better for Cannabis Smokers? Know Here! Canada and the US host a myriad of cannabis smokers, but both countries have different policies.

Cannabis, as a psychoactive drug, has been in use for many centuries. It is the most commonly consumed illegal drug worldwide at present, though it is legal in some places.

Many casual smokers now prefer to smoke weed instead of regular tobacco cigarettes due to its lasting effects. It is one of the reasons why the demand for marijuana is increasing with each passing day.

Countries like the US and Canada, where the weed consumption rate is among the highest, have enacted vital reforms to provide easy access to weed and also weed seeds. However, it is crucial to consider some factors before establishing which country is the most ideal for cannabis smokers.

This article aims to provide factual information, based on which we can decide the better country for cannabis smokers between the US and Canada.

Some derivatives of the Cannabis Sativa plant have long been endorsed by doctors for treating mild infections and diseases. Therefore, medicinal marijuana is readily available in many states of the US and throughout Canada.

Medical marijuana is listed as an eligible medical expense and is also entitled to coverage by insurance in Canada. But, the same is not the case in the United States, where insurance policies fail to cover the bills for medical marijuana.

As cannabis is used for recreational purposes more frequently, countries like Canada have legalized its use on the federal level. It ultimately means that possessing weed is not punishable by Canadian law in normal circumstances and accessing it is now more convenient than ever.

On the other hand, the United States is far behind in this, as cannabis use and possession are yet to be decriminalized under federal legislation. However, as all the states in the US are eligible to implement different state laws, the use of cannabis products is legal in some places.

Alaska, Illinois, California, Michigan, and some other states do not prohibit the casual use of cannabis. So, as long as you stay in their vicinity, you will be safe. Although in Canada, you will have complete freedom wherever you want to consume the drug.

Where Can You Easily Find Cannabis Retail Spots?

Both the US and Canada similarly approach the retail of cannabis.

In the US, you might come across a limited number of choices when searching for weed retail spots, as only a few places manage to sell it legally. Local dispensaries, often regulated by the state, are the most common and safe spots to get your hands on weed.

You can also visit seed banks, places that only exclusively sell different varieties of marijuana seeds. People who prefer to grow cannabis at home usually visit seed banks or contact online stores, such as https://theseedfair.com/, to buy high-quality regular and autoflower seeds.

In Canada, access to cannabis is increasingly convenient. You can purchase weed from state-licensed stores, both government and private, but buying from anywhere else is illegal. Toronto, a major city in Canada, boasts a cannabis store in almost every neighbourhood and street corner.

You can also buy weed online from legal retailers who deliver it directly to your address. Moreover, you can possess up to 30gms of dried cannabis leaves and grow no more than four cannabis plants at your place. These limits are set in place to avoid excess consumption of the product.

Are Punishments for Illegal Weed Stricter in Canada or the US?

Although you can smoke weed without any significant consequence in both countries, the chances of being booked for a marijuana-related offence are always higher than you think. In most cases, weed-related crimes fall in the misdemeanour category, but punishment may vary depending on the crime.

The United States has stricter laws for cannabis use than Canada. For a first-time offence of weed possession, you can face up to year-long incarceration or a fine of at most $1,000. However, this is only the case when state laws disagree with federal law. So, as long as you keep yourself updated on new changes, you will be safe.

Canada legalized recreational cannabis in 2018 and is, therefore, more lenient in laws regarding cannabis possession. But, you will not be pardoned if found in possession of illegal weed, bought through unlicensed retailers, or if you participate in cannabis trafficking.

Moreover, you can face up to 14 years of jail if found selling weed to other minors or cultivating more than the allowed amount.

So, Which Country Is Better for Cannabis Smokers?

The United States and Canada are far more lenient when it comes to cannabis use laws as compared to other countries like the UAE. Both countries are not on equal standing as one is undoubtedly ahead of the other in some aspects of weed possession legislation.

After the legalization of recreational cannabis in 2018, Canada became only the second nation in the world to do so. Therefore, Canadians who smoke weed enjoy much more freedom in buying and growing cannabis plants. As they possess the favour of law on their side, smokers in Canada don’t usually have to worry about unfavourable outcomes.

While on the other hand, weed consumers in the US typically come across more restrictions. Not only do they have to constantly worry about accidentally breaking the law, but they also have to overcome a few hurdles to access weed legally. So, if you are a cannabis smoker, don’t forget to benefit from Canada’s weed policies.