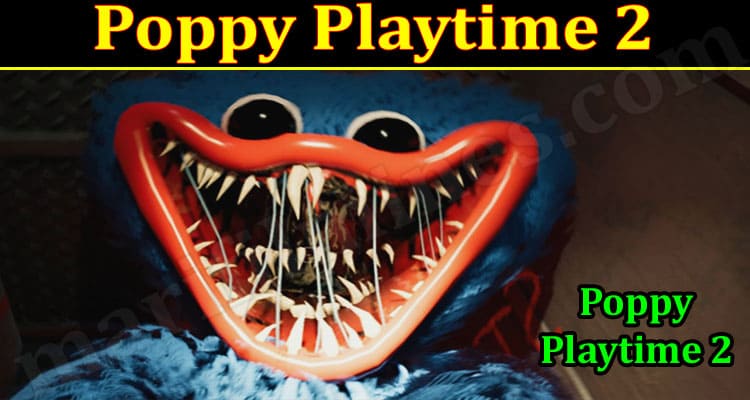 Poppy Playtime is a Worldwide horror gaming sensation. Players around the world, especially in the United States, are speculating Poppy Playtime: Chapter 2. So in this post, we will talk about Poppy Playtime 2.

The game’s backdrop depicts an abandoned toy factory filled with numerous toys ready to hurt you. Your goal is to make it through the chapter alive. Poppy Playtime falls within the horror, magic, mystery, and adventure genres.

To defend themselves against vengeful and terrifying toys, players can employ electronic wiring in the Grab Pack and other weaponry. In the game, you’ll have the opportunity to investigate a variety of intriguing objects, but be careful not to be caught.

About the Plot of Poppy Playtime

The plot of the game narrates that Playtime was formerly regarded as the undisputed king of toy manufacturers. However, suddenly, all of the industry’s workers and employees vanished into thin air.

Several years have passed by after that incident, and no one in the toy industry exists anymore. Players can find themselves alone around the toys, besides from stillness and frightening surroundings.

The game is about survival and how long players last within the horror and adventure game. Furthermore, players have to investigate and expose the mystery of the workers’ abrupt disappearance.

Due to the absence of an official Poppy Playtime: Chapter 2 launch time frame, we can only conjecture for now. Another option is to release the second part one year after the first episode, in October 2022. This may potentially boost sales by allowing the game to capitalize on the Halloween horror frenzy once more.

Although there’s no announcement on when Poppy Playtime 2 will be released, the game’s creator, MOB Games, has outlined how the sequel will operate.