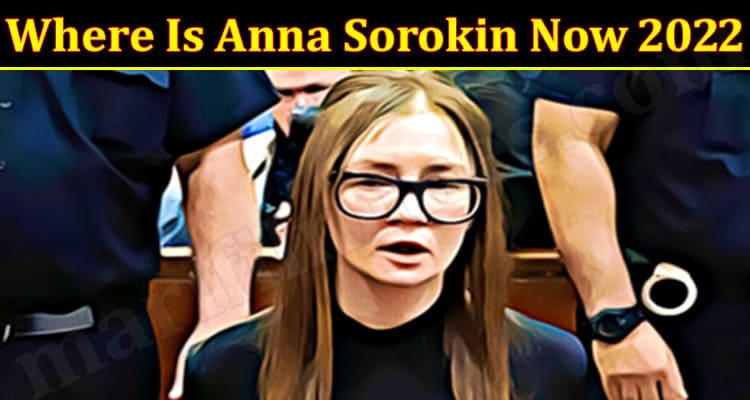 Where Is Anna Sorokin Now 2022? Was the Netflix series based on actual events? Read to know everything.

The new Netflix’s TV series dropped, and the viewers couldn’t stop asking questions about the protagonist.

Inventing Anna was released worldwide in the United States, the United Kingdom, Canada and other countries on 11 February 2022. The story follows Anna Sorokin, who deceives everybody by claiming to be a German Heiress. She convinces everybody that she is an audacious entrepreneur. But, was she an entrepreneur- is the real question?

People want to know Where Is Anna Sorokin Now 2022, and we are here to answer it!

Who is Anna Sorokin?

Anna Sorokin is a Russian-German girl born on 23 January 1991 in Moscow.

She is a convicted fraudster who lived in the USA under the name of Anna Delvey, a wealthy German heiress who pretends to be an audacious entrepreneur although she was a con artist.

She is a German citizen who came to New York in 2013 to attend the famous New York Fashion Week. But little did everyone know that she would extend her stay in New York and deceive its elites for wealthy acquaintances.

People now ask- Anna Delvey Where Is She Now? And we will reveal the answer shortly.

Is The Inventing Anna Series True?

Released worldwide on 11 February 2022, Inventing Anna, a limited Netflix TV Drama series, is based on the actual events of the life of Anna Sorokin.

Yes, you read it right! Anna Sorokin is an actual person who settled in New York from 2013 to 2019 to defraud banks, hotels and wealthy acquaintances.

The real Anna Sorokin was convicted of multiple charges in 2019 by the US government.

The show is 9 episodes long and is inspired by Jessica Pressler’s article titled “How Anna Delvey Tricked New York’s Party People”. Julia Garner, who portrayed Sorokin, even visited Sorokin to prepare for the part.

In December 2018, Anna Sorokin rejected a plea deal and asked for a trial starting in March 2019.

She was later convicted and sentenced to 4-12 years in state prison in May 2019.

Sorokin got released from prison in February 2021 and later taken back in custody because of her visa overstaying.

As of February 2022, Anna Sorokin is still in custody and not yet deported to Germany, as per her social media update.

So, Anna Delvey Where Is She Now? We hope you have got your answer!

Inventing Anna received mixed audience reactions. Rotten Tomatoes have given a 60% approval with an average rating of 6.3/10 and a 60 out of 100 Metacritic rating.

Some viewers have appreciated Julia Garner’s and other casts acting, whereas others have criticized her strange accent and called the series dull and plodding.

Have you watched Investing Anna series? What are your views on this series? Comment below!

Anna Sorokin is a Russian-German fraudster convicted of eight charges by the US Government in 2019.

Where Is Anna Sorokin Now 2022? She is still held in custody and has not been deported to her country.