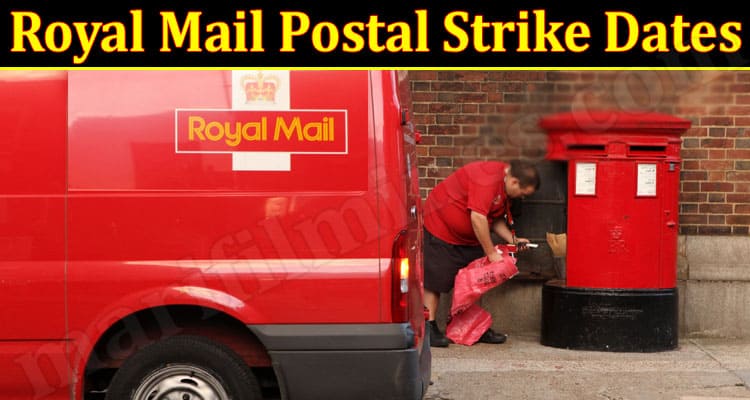 Here are the Royal Mail Postal Strike Dates and the reasons behind these strikes by workers.

Do you know that the Royal Postal workers will go on strike on these upcoming dates? The Communication Workers Union (CWU) had announced the strikes due to their feud with the Royal Mail company.

They estimated that over 115,000 workers would join CWU to go on strikes in the United Kingdom. The workers have disputed with the Royal Mail for over a month, and they have decided to continue to strike until the conditions are met. For all the Royal Mail Postal Strike Dates, please keep reading this post!

When will the Royal Mail workers go on strike?

As per all the latest details, the Royal Mail Workers are all set to go on strikes in August and September. This will be the biggest strike of CWU this summer, with more than 115,000 workers set to walk out on the following confirmed dates: 26 August (Friday), 31 August (Wednesday), 8 September (Thursday) and 9 September (Friday).

It is also reported that some actions will coincide with strikes by BT, Royal Mail and Openreach employees. But for now, the Royal Mail Postal Strike Dates are confirmed, and people might face some disruptions throughout the country.

Royal Mail is a United Kingdom-based postal service and courier multinational company. It was established in 1516 as a government department but is now converted to a public limited company after the government sold all its shares in 2015.

The company has over 158,590 employees as of 2021 and offers services like letter post, parcel services, freight forwarding, EMS, delivery, and third-party logistics. The company is currently negotiating with the CWU over pay and future changes to ways of working after the Annual General Meeting on 20 July 2022.

As per the statements released by CWU, the Royal Mail did not offer the 5.5% on pay but imposed a 2% and offered a further 1.5%. CWU says that in these challenging times of inflation, people need more job security and won’t let Royal Mail Group whittle their employees’ working conditions.

They also stated that they wouldn’t back down until they secure an acceptable solution for their members. The Royal Mail Group made £758 million in profit, out of which £400 million were given to the shareholders. The CWU then released Royal Mail Postal Strike Dates for August and September for further damaging industrial action across the nation.

What has Royal Mail said about the strikes?

The Royal Mail Group had revealed that CWU had rejected a 5.5% pay offer as it is well below the current inflation rate, which hit a 10.1% high this year.

They say they are ready to talk to CWU and come to further negotiations and try to avert damaging industrial action as the company received £1 million loss each day. Royal Mail will also try to minimise disruptions and get its services back to normal as quickly as possible.

We hope you now know all the upcoming Royal Mail Postal Strike Dates and their reasons. You can visit the official Royal Mail website for more details and updates on their work and services.

Did you know about the strike? Do let us know what you think about these strikes in the comment section.