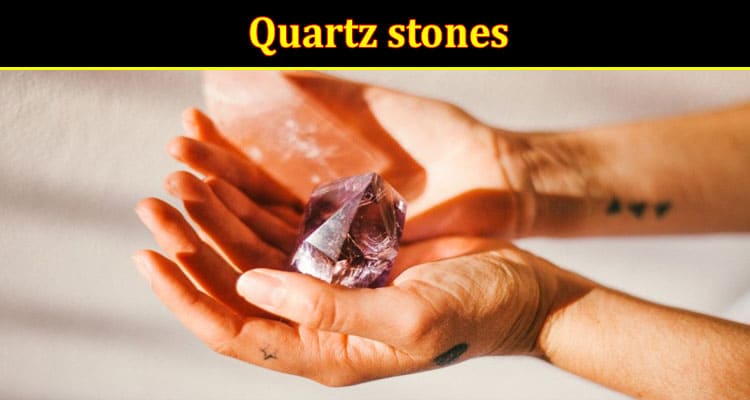 There are numerous benefits of quartz stones when it comes to human wellness and health. Quartz is considered to be one of the most beneficial stones that have numerous advantages. As per researchers quartz has the ability to heal many kinds of problems whether they are related to any mental, physical or spiritual nature.

The top five benefits of quartz stones for human wellness and health mainly include:

Due to the tremendous healing properties of quartz it has been most commonly known to be a master healer stone. It possesses the ability to heal by different kinds of methods used by the practitioners.

Most commonly used techniques include sound healing, aromatherapy, flower essence therapy and Reiki etc. It is known to have both metaphysical and physical healing powers.

It is one of those stones that have many benefits on health and wellness to the people who wear it. Some of the most common problems for which it is used include helping people maintain focus in meditating, treating different kinds of pain, it also helps building awareness as well. It helps in maintaining and normalizing stress levels.

As quartz has the fantastic ability to heal and cleanse the negative thoughts from the mind it helps in cleaning the irrelevant feelings and maintains the mind balance due to which mental health starts to improve.

It basically aligns the physical balance of the body and connects it with the metal harmony produced by it thereby resulting in a relaxed state of mind.

The rate of suicide in young generation is especially seen to have increased due to the wrong and excessive use of technology and they have moved far from having a balance and positive personality. These types of disorders like depression, bipolarity, psychiatric and anxiety can be healed by the use of Quartz stones.

This stone helps in removing the negative energies from the body if a person is feeling down and helps bring in a fresh breath of positivity in the body. It is mainly due to the specific unique geometry that this stone possesses due to which it induces positive rays in the body of the person and a positive aura is felt in the whole body.

The basic working principle of quartz is the process by which it amplifies the energy. They are known to magnify the energy a person feels. It can be enlightenment, joyfulness or disconnection. It produces electromagnetic charge upon heating because it has piezoelectric properties.

This property is the main reason due to which this stone has tremendous healing potential that allows the person to have improved oxygen flow and air circulation.