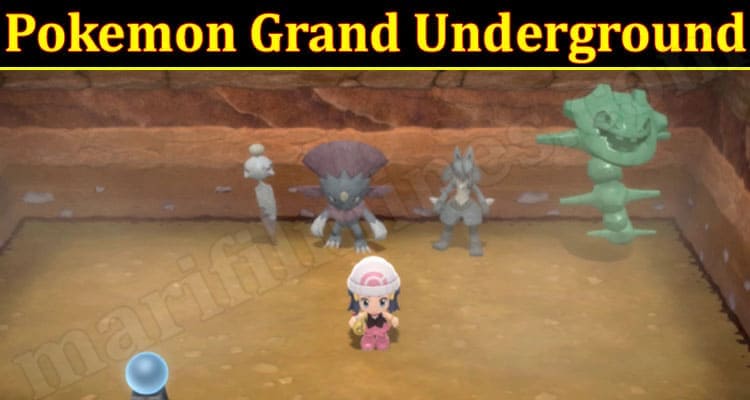 In this post, we have discussed the Pokemon Grand Underground, a guide to create a base, and find treasures and rare Pokemon.

Are you a Pokemon fanatic? Do you know Pokemon have revamped their Underground to Grand Underground? Would you like to know more about it? If yes, tune in to this post.

The underground component in Pokemon Brilliant Diamond & Shining Pearl was revamped and renamed the Grand Underground, and players Worldwide want to know more. So, we will discuss the guide to Pokemon Grand Underground.

The Grand Underground is a location situated underneath the whole Sinnoh area in Pokemon Brilliant Diamond and Shining Pearl. The Exploration Kit, which can be discovered in Eterna City, may be used to go to the Grand Underground.

How can you gain access to the Grand Underground?

In Eterna City, players can get the Explorer Kit. They must obtain it and understand how to utilise it before leaving the city. The old guy who distributes the Exploration Kit lives close to the Pokémon Center in a home.

Before knowing more about how to find treasure in the Pokemon Grand Underground, let’s learn more about building secret space.

How do you construct a hidden base?

As soon as players own a Digger Drill, they may install a foundation in any wall inside the Grand Underground. They need to revert to the old gentleman in Eterna City once they have dug up any treasure for the first time, and he will offer players a Digger Drill with which to build a foundation.

To create a large tunnel in which to establish a base, click A on a wall. After players have finished building their foundation, players may adorn it with any statues they have dug up.

How do you search the Pokemon Grand Underground for treasure and statues?

On the player’s map, they will see several sparkling areas. As players come closer, press R to activate their radar, which again will identify the treasure’s position on a nearby wall.

In Pokémon Brilliant Diamond and Shining Pearl, players will be able to dig out treasure using the strong hammer or even the delicate pickaxe, much like in the main games.

But players should be careful. If they dig too far, the walls will fall. Hit the treasure with the hammer, and afterwards gently dig it out with the delicate pickaxe.

Where do you look for Pokemon in the Grand Underground?

The Grand Underground has several uncommon Pokémon that one cannot find in original games. The Grand Underground is the location to go if players are looking for Magnemite, Ralts, Togepi, or any other Pokémon from the Platinum Pokédex. These Pokémon may be discovered in Pokémon Hideaways, which are biomes in their own right.

Was this post on Pokemon Grand Underground informative to you? If yes, comment if you try our guide.