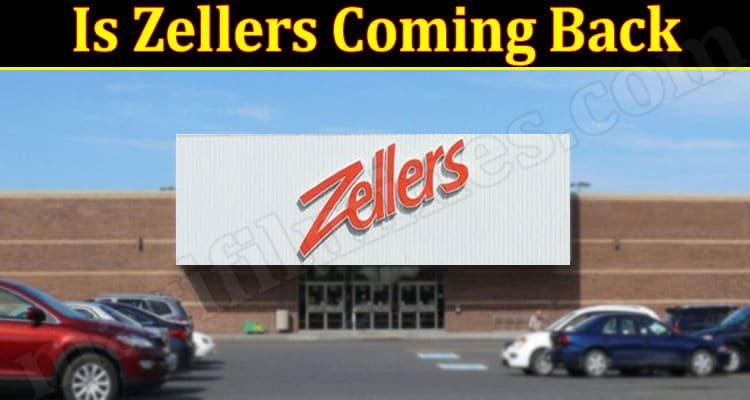 This news report, “Is Zellers coming back,” highlights HBC’s press release on the revival of the retail chain store ‘Zellers beginning in early 2023.

Is all of Canada ready to take a trip down the nostalgia lane? Are the shoppers in the country ready to be surrounded by red interiors and value-for-price products at the one-stop retail store for all their needs? HBC reports affirmative.

Beginning early 2023, Hudson Bay’s Company shall bring Zellers back to its soil in a new revamped experience. Along with the physical stores, HBC will also bring a new online shopping experience. So we keep excavating “Is Zellers Coming Back” further.

What happened to Zellers?

Following the pandemic in 2020, the last two out of a whopping 300 stores of Zellers were shut down. The HBC press release of the stores’ revival, on August 17th, 2022, follows the news of Zellers pop-up launches in Burlington, Ontario and Montreal.

Canadian citizens frequented Zellers in the late 1990s and early 2000s, which were said to be the retail chain’s prime years. The news brings back nostalgia and anticipation for the modern Canadian shopper.

The series of Zellers stores shut down was gradual, so the answer to “When Did Zellers Close” is ambiguous. However, the latter part of the question is explicitly answered. The new year of 2023 will see a setup and expedited expansion of the Zellers retail stores, coast to coast.

What’s new with the new Zellers?

HBC promises a revival of Zellers outlets by allowing the retail chain to access its nationwide network of brick-and-mortar locations, along with the setup of an e-commerce shop for the same. Not much information has been released about the number of retail stores set to launch or the floor size for each store; however, estimations mimic the recent pop-up shop set up in Burlington.

Is Zellers Coming Back?

This is no longer a question with an answer on the fence. The official press release mentions an assortment of utilities that will be offered in the categories of houseware, furniture, toys, clothing, pet accessories, etc. These products will follow the integrity of Zellers’s quality and value-for-product price.

Further, a home label from Zellers shall offer a design-led and value-driven product range. Gradually, that private brand is expected to introduce apparel. The physical locations shall have a footing in major cities of Canada. However, the signature diner, restaurant, mascot and intercom, attached with Zellers to the hip, are yet to be given any official mention.

Final steam to the crease: Zellers Coming Back to Canada

The Chief Business Officer of HBC explains how Zellers is rooted in the Canadian experience. The revival of Zellers promises a revival and sustenance of the community that relied on such stores for everyday purchases.

The latter shall be both an enabler and benefit of allowing Zellers to establish itself again. Read about Zeller’s retail chain here

The Canadian community shall see the resurrection of its beloved retail chain Zellers, beginning in early 2023. The decision comes after Zellers pop-up shops were announced at various sites. There is no doubt about “Is Zellers Coming back.” The physical stores will be followed up by an e-commerce site.

Do you have any experiences of nostalgia about your days of shopping with your family? Let us know here in the comments below.