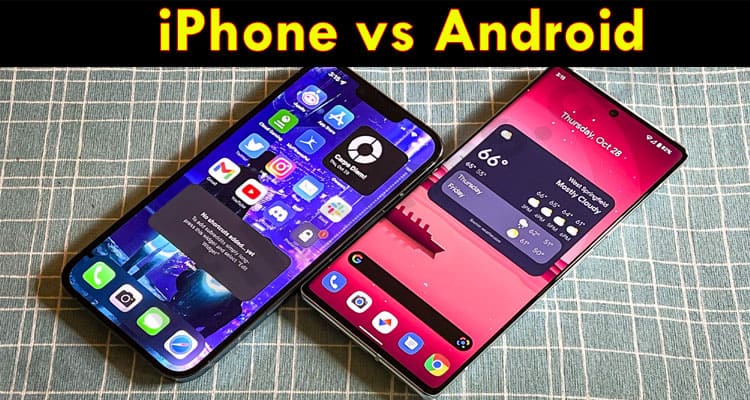 iPhone vs Android: If you’re in the market for a mobile phone, then you’re likely to be faced with a choice between two leading operating systems. There’s Android, from Google, and iOS, from Apple. The former is available on handsets from a range of different manufacturers, while the latter is exclusive to those made by Apple. Your preference will largely be determined by your personality, your past purchasing decisions, and the sort of use you want to get from your phone.

Let’s take a look at the pros and cons of each type.

Is iPhone right for me?

iPhone users tend to already familiar with the brand. You can sell your iPhone and upgrade to a new one, but few decide to switch allegiances.

The third-party apps developed for iOS tend to be better than those available for Android. This is largely because Apple are far more selective about which apps they allow to be published on their store. This means you’ll have a limited range, but better quality. The integration between the apps and the phone’s core functions also tends to be a little bit better.

You’ll also get better control of your privacy, and the ability to opt out of any apps that track you. This is because Apple’s business model is based around getting you to buy new hardware, rather than selling your data to third parties. There’s also no bloatware to worry about, and software updates tend to arrive quicker.

On the negative side, iPhone tends to be more expensive than an equivalent Android phone. This is the price of admission into the Apple ecosystem, and all of the support and perks that go along with it. If you’re already familiar with Apple computers and other devices, then you might decide to go with iPhone for reasons of simple compatibility.

Is Android Right for me?

The biggest reason that many users prefer Android is money. There are phones loaded with the Android operating system available at a range of price points – which can’t be said about Apple, unless you’re willing to delve into the second-hand market.

The Android operating system, generally speaking, also tends to offer greater flexibility and scope for customisation. Phones from certain manufacturers may come pre-loaded with aesthetically distinct versions of the operating system, and power users have the chance to personalise the OS more extensively.

You’ll find that Android phones tend to enjoy better connectivity with PCs, and can be plugged into the fairly universal USB-C connector. This means that it’s easy to back up your stuff without having to subscribe to a cloud service, and that you can get your photos across to your PC for easy editing.