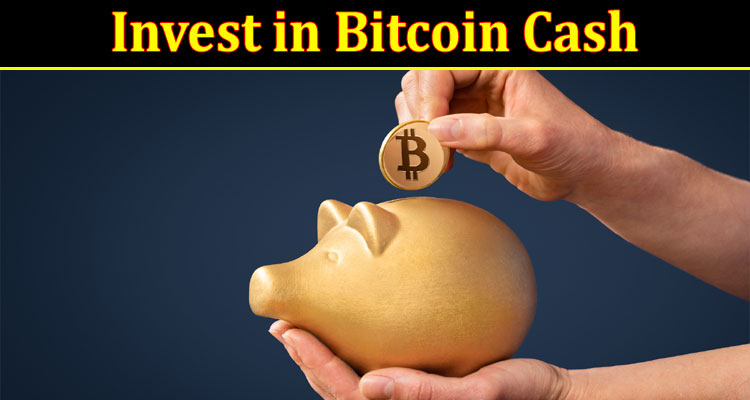 There’s been some debate about whether it’s right to invest in Bitcoin Cash. There are plenty of benefits that you can cash out from Bitcoin Cash; for example, it helps you process faster transactions and charges low fees. However, that doesn’t mean that it completely fulfills the objective of investment.

The cost per coin for Bitcoin Cash is way less than Bitcoin, so the investment, as attractive as it may sound to you initially, might not prove to be as lucrative. This lower price does not make Bitcoin Cash an investment that’s more accessible and profitable than other cryptocurrencies.

Is Bitcoins Better than Bitcoin Cash?

For sure! Being the first ever cryptocurrency to exist, Bitcoin has continued to make its mark and never went off the radar. Investors, government institutions, and even agencies have been closely monitoring Bitcoin’s progress. They have all found it to be way more beneficial for investment in the short and long runs than other cryptos.

But it doesn’t mean that the rest of the cryptocurrencies aren’t doing good at all. On the contrary, they are making their progress and surfing through price hikes and fluctuations, depending on their volatile nature and other aspects. It’s just that you need to gain experience in how to play with cryptos and make them turn in your favor.

Learn a Bit About Bitcoin Cash

BCH, short for Bitcoin Cash, was established in the year 2017. Then, it offered a faster and much more affordable way to process transactions (payments). Since then, it has marked its place on the primary 30 coins in the cryptocurrency market today. So now the real question is – what’s the difference between the two?

Now Bitcoin Cash is also built on blockchain, just like Bitcoin. A few participants belonging to the Bitcoin blockchain suggested that some rules should be modified to let Bitcoin process more transactions. Some people voted that the rules remain unchanged, which led to the hard fork. There were two separate paths established for blockchain, originating from the same background. They came to be known as Bitcoin Cash and Bitcoin. Interesting, isn’t it?

In contrast with Bitcoin, Bitcoin Cash employs a large block size. If you don’t already know what blocks are, they are sets of transactions existing on the blockchain at once.

Bitcoin restricts blocks to just 1 MB (megabyte). This allows you to make around 7 transactions in a second, and you can do so with the help of bitcoin trading software. However, Bitcoin Cash had the impact of expanding the size of the block to 8 MB and then to 32 MB. This allows you to make about 100+ transactions in a second. Moreover, Bitcoin Cash and Bitcoin also have a similar work dynamic far beyond transaction speed and block size.

Bitcoin Cash is a decentralized, open-source digital ledger. Cryptocurrency miners have added and confirmed transactions to blockchain technology by simply employing cryptography. This helps them in solving equations (complex or otherwise) and enables them to receive Bitcoin Cash tokens. These tokens are an incredible reward for the work they put in.

Bitcoin Cash and Bitcoin also differ in market size. If we recall the previous stats, there was a time when the market capitalization rate for Bitcoin Cash reached up to 2.4 billion U.S. dollars and was known to be worth around 126.82 U.S. dollars.

This is just a chunk of the market capitalization rate of Bitcoin, which was known to be about 370 billion U.S. dollars. Each coin of Bitcoin costs about 20,000 U.S. dollars. Now, these are the stats that blow your mind away.

While you may think that the difference between the two cryptos doesn’t matter enough to stop you from investing in Bitcoin Cash, try it out. You will know which cryptocurrencies to invest in once you hop on your crypto endeavors. Investors always keep a comprehensive eye on the current and future trends of cryptos, as this helps them in making sound decisions. You should also follow that rule and make sure you study the graphs closely to understand what can turn into your next investment opportunity.