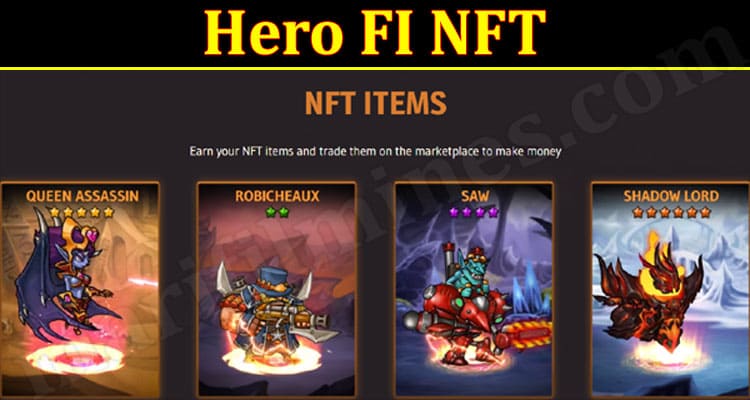 The guide shares details about the Hero FI NFT characters and the new RPG game.

In conventional RPG games, the in-game currencies are not valuable in the original world. So, if you fail to capitalize on the in-game items and stuff, it would be the wasteful venture. However, things are different in the HeroFi RPG game based on Blockchain technology.

Hero FI is the leading aRPG game on the Blockchain platform that pushes the limits of traditional RPG games with plat-to-earn concept and NFT Heroes. The Worldwide players are attracted to the game because it helps them play and earn Hero FI NFT, which they can sell in the market to make real money.

A Few Words about HeroFi NFT

HeroFi is aRPG game where Worldwide players could earn tokens via PvE/PvP battles amongst the heroes. This game is based on Blockchain technology, where players earn crypto tokens and design their unique NFT heroes. Then, they can trade, sell and buy the tokens or NFT heroes on the decentralized exchanges for real money.

So, the Hero FI NFT items have value in the real world as it lets players earn money by selling or trading them on marketplaces. The assets or NFT heroes players obtain are under the player’s control, and they come with a real-lifetime value.

What is the in-game currency?

ROFI is the virtual currency used within the RPG game to buy items or upgrade the NFT heroes. Therefore, it has a significant role in the game.

Players who join the gaming platform earn tokens at a rate of ten tokens per block. These tokens are also assigned to the NFT heroes considering their abilities and star ratings.

How To Earn Hero FI NFT?

The in-game heroes are the NFT items of the game, and it has a star rating. So, as you join the platform, you will receive a one-star rating NFT hero for free. It is offered to all players who join the gaming platform for the first time.

Players can use them for battles, pair them for creating new NFT heroes or trade them on the market for real money. So, you get paid high when the NFT hero is unique and different from others. So, you have to apply strategies to create new and unique Hero FI NFT characters with pairing to get more value from your creation.

What are the Special Character NFTs in the Game?

Genesis Hero is the unique character NFT in the game. They are mighty and rare, and they are assigned with a gender and star rating. But, they have a higher star rating ranging from 3 to 6, and the offspring production time of the Hero is shorter than other heroes.

Hero FI NFT characters are the most talked topic in the market, and investors are attracted to investing in the P2E project, HeroFi. Players are encouraged to take part in the game to get their NFT character for free and develop a collection of in-game items.

Are you playing the game and earning real cash with the NFT characters? Would you mind sharing your experiences in the comment section?