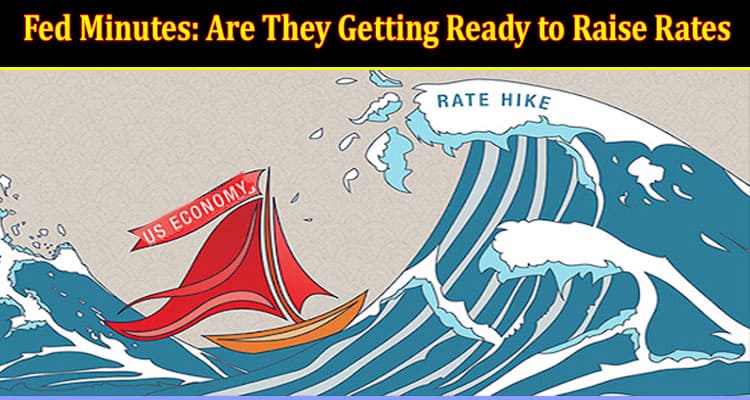 The staying power of the rising inflation in the US is continuing to alarm policymakers. Increases in price levels that were initially interpreted as transitory have now morphed into some sort of a permanent trajectory.

Fed officials are increasingly finding themselves in a tight corner, facing two huge choices-when to either slow down or completely stop the rapid rate increases. Considering how interest rate impact stock markets, central bankers had contemplated slowing down rate increases in their November meeting.

However, if the recent data print is anything to go by, inflation is still running hot, and the labor market is continuing to strengthen. The likely impact this will have is the Fed delaying its decision to slow rate increases, at least for another month.

What is the Fed Rate?

The Federal Reserve System is the fiscal agent of the United States, charged with the responsibility of promoting the stability of the financial system. To achieve this goal, the Fed uses multiple monetary policy tools including the federal funds rate. Depository institutions trade funds overnight among each other at the federal funds rate.

A hike in this rate, therefore, raises the cost of the funds that banks led to each other. Consequently, the banks are also forced to raise their lending rates to cover the rise in the cost of funds. That said, banks raise their rates differently according to their internal policies.

Price levels have been on the increase and consumers are paying more and more for the same basket of goods and services. To bring down the inflation pressure, the Fed has been raising the federal funds rate to dampen demand and slow production.

Unfortunately, instead of cooling down, the economy seems to be heating up with employment numbers showing strong job growth. Demand on the other hand isn’t slowing down as expected and this is a recipe for another round of rate hikes come November.

Whether you are looking at cereals and bakery products, fruits and vegetables or dairy and related products, the price increases are cut across the board. In the September minutes of the Fed committee, the officials indicated that rates would remain high until the inflation problem shows signs of resolving. The longer-term inflation target of the Fed is 2%, a figure that is well below the current skyrocketing inflation rates.

Effect of the Fed Stance on The Stock Market

Expectedly, stock markets lose whenever the Fed hints at raising the interest rate. The reason is that higher rates push up the cost of production, squeeze margins and dampen revenue forecasts. In turn, this cascade of events leads to a bleak profitability forecast and disincentivizes investors.

However, on Wednesday, October 12, the S&P 500 rose slightly after the Fed minutes were released. The gain was associated with a statement in the minutes that implied the Fed may slow down its tightening if turbulence continued.

According to the minutes, the Fed acknowledged that the current financial and economic environment is highly uncertain. As such, there is a need to balance the tightening of the monetary policy with the risk of worsening the economy.

Officials are citing supply shocks both in the goods and labor market as the top push factors driving inflation up. However, they also expressed optimism that through a mix of policies, the inflation numbers will ultimately ease, and the economy will stabilize in the coming years.

The Federal Open Market Committee (FOMC) in September approved a 75-basis points hike of the Fed rate, pushing benchmark rates to about 3.25%.

The market anticipates rate hikes to continue going into 2023. However, after the first quarter or a couple of months into the second quarter of 2023, the rate increases may stop, paving way for the stock market to rise again. Until then traders and investors may have to brace for rate hikes upwards of 75 basis points.