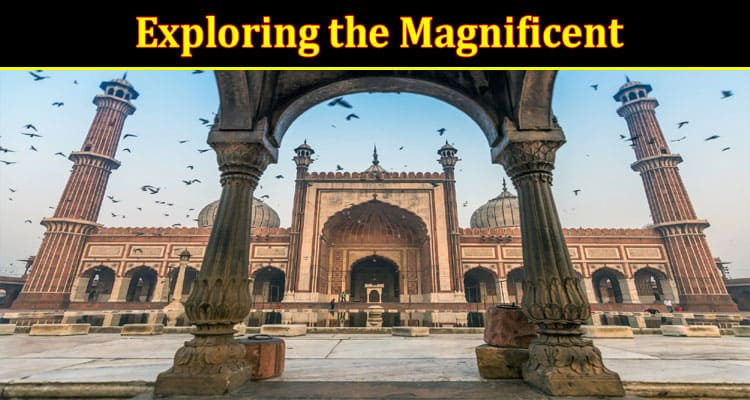 New Delhi is celebrated for being one of the most fascinating cities in Asia. It is especially renowned for its unique blend of culture, history, art, and architecture. Whether you are planning a destination tour or a vacation spot, New Delhi must be on your list. There are dozens of spectacular places to visit, some world-famous and some hidden gems. In this article, we have prepared a list of the top 15 places to visit in New Delhi that are sure to keep you enchanted! Read on to discover these magical sites and be inspired to explore this incredible city. So, do book hotels in New Delhi for added experience.

Red Fort is the majestic site of one of the most important events in modern Indian history, the historic speech by India’s first Prime Minister, Jawaharlal Nehru, who declared India’s independence from British rule. Built in the 17th century, the Red Fort is now a World Heritage Site. It was the former residence of Mughal emperors and a symbol of their power and wealth. The Red Fort presents a spectacular skyline with its three huge gates, numerous marble canopies, and circles of red sandstone walls. When you visit the Red Fort, make sure to ascend to the Diwan-i-Khas (The Private Audience Hall) and enjoy the mesmerizing views of the Yamuna river. Don’t forget to admire the intricately carved floral patterns. After the Red Fort, make sure to head to the DilliHaat, an open-air marketplace near the Red Fort.

One of the most recognizable landmarks in India is the India Gate which stands tall at the entrance of the RashtrapatiBhawan. It was built to commemorate the seventy thousand Indian soldiers who died serving in the World War I. The 42 metres high arch or the “Gate of India” is a grand reminder of our sacrifice and honour. The India Gate is one of the most prominent tourist attractions in the city, especially since it is located in the heart of the city. There are a number of lush gardens encircling the gate that offer a much needed oasis to relax in the hot summer months. Also, you can enjoy a local spectacular nightly light and sound show that happens right in front of the India Gate.

As a tribute to Mughal Emperor Humayun, Humayun’s Tomb was built by his widow HamidaBanu Begum in the year 1569. The tomb stands as an iconic symbol of the Mughal architecture, blending elements from Persian, Central-Asian and Indian style. The tomb stands at the centre surrounded by 4 grand octagonal towers. The exquisite architecture is adorned with calligraphic inscriptions of verses from the Holy Qur’an. These engravings offer a glimpse into the history of Mughal dynasty. The mausoleum is surrounded by beautiful barahdari (12-door) pavilions and an elegant garden that goes by the name Charbagh (meaning four garden). Additionally, you can also explore the tombs of the Mughal court members, queens and princes.

The eye-catching Lotus Temple is built in the shape of a massive white lotus flower. It is a Bahá’í House of Worship for the people of all faiths, regardless of religion and culture. The design symbolizes truthfulness, hopes and peace. This architectural marvel is the centre of attraction for a plethora of tourists from all around the world. It has garnered the admiration of many for its superb architecture and magnificent landscape. A walk around the complex is an absolute must for anyone visiting New Delhi. There are a few key things to note – visitors are expected to abide by a few rules and are asked to maintain silence throughout the visit. Also, photography is not allowed inside the temple premises.

The UNESCO World Heritage Site, QutubMinar is the highest tower in India. Built in the 12th century, this awe-inspiring minaret stands tall at 72.5 meters and is encircled by  fivestoreys of intricate Islamic inscriptions. The site is located near the beautiful HauzKhas area and is a treat to the eyes with its red sandstone and marble courtyard. The inner and outer walls of the minar are finely engraved with intricate geometric and floral patterns. The most fascinating aspect of this mesmerizing structure is its circular staircase which has 147 steps leading all the way to the top. Watching the sunset from the top of the minar is a breathtaking experience. Once you have explored the minar, you must visit other monuments in the complex such as Quwwat-ul-Islam mosque, Iron pillar, JamaliKamali Mosque.

Whether you’re looking for some unique souvenirs or want to try some of the local cuisine, New Delhi has no shortage of markets and bazaars to explore. ChandniChowk is one of the oldest and busiest markets in New Delhi, and is renowned for its wide variety of traditional goods and street food. Other lively markets in the city include DilliHaat, Janpath Market, and Sarojini Nagar Market, offering an array of products from traditional garments to spices and more. Visit these markets to sample some delicious local dishes and pick up some amazing deals.

New Delhi is often referred to as a “spiritual city”, and the city is abound with numerous religious sites, which are sure to enchant visitors from all backgrounds. The renowned Hindu temple, Akshardham Temple, is one of the city’s most renowned spiritual sites, and is located on the banks of the Yamuna river. Other significant Hindu temples in the city include the Laxminarayan Temple, Iskcon Temple, and the Birla Mandir. For those looking to explore some of the city’s other religious sites, there are numerous Gurudwaras, churches, and mosques to visit as well.

New Delhi also boasts a range of parks and zoos, perfect for a refreshing day outdoors. The India Gate Lawns is a popular park in the city, offering stunning views of the famous India Gate memorial. The Lodhi Garden is another destination not to be missed, and is packed with lush greenery and remarkable architecture. For animal lovers, the famous National Zoological Park is an ideal spot to spot some exotic creatures. With its vast and varied wildlife, the zoo is sure to be a memorable experience for visitors of all ages.

No matter what kind of attractions you’re looking for, New Delhi has something to offer for everyone. Get ready to explore some of the city’s most amazing sites and uncover the unique culture and history the city has to offer. From the Red Fort to Akshardham Temple, religious sites to markets and zoos, New Delhi holds a wealth of exciting attractions to explore. So pack your bags and get ready for an incredible journey like no other!