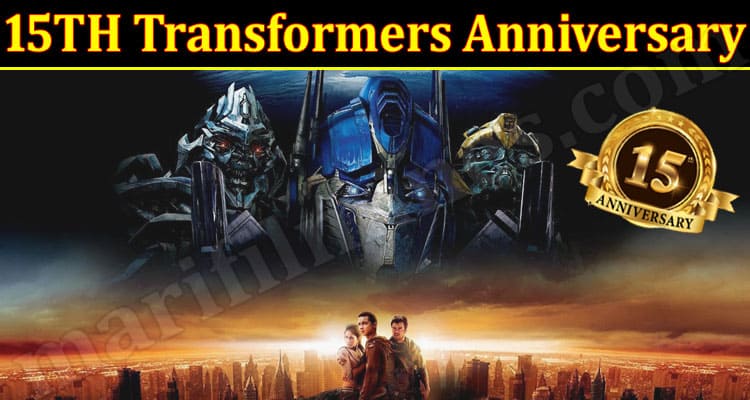 Are you excited for the 15TH Transformers Anniversary? Here is everything you need to know to join others in the celebration.

Have you watched any of the famous Transformer films? Are you now a big fan of this franchise like everybody else? July 2022 marks the 15th Anniversary of the popular Transformers film released in 2007.

The franchise started with producing mecha toys, the Transformers toy line, which has now emerged into film series, soundtracks, animated series, books, comic books, video games and more. The franchise has something planned for fans in the United States and other countries for 15TH Transformers Anniversary.

The Transformers film series is an American science fiction series based on the media franchise with the same name. The first film in the series, Transformers, was released on 3 July 2007 in the United States. And July 2022 marks its 15th Anniversary in the theatres. Fans were excited and felt nostalgic.

They took to social media to share their best moments from the film. And that’s not all; the franchise has planned to bring the first Transformers film back in theatres for two days: 10 and 14 July 2022.

For the 15TH Transformers Anniversary, Fathom Events organises this comeback, for which you can grab the tickets online. The 10 July event has ended, but you still have a chance to add the 14 July show to your schedule.

The 2007 Transformers is a blockbuster film by director Michael Bay and Executive Producer Steven Spielberg. It involves the heroic fight between the Autobots and the Decepticons.

Latest projects from the Transformers franchise

While we are celebrating the 15TH Transformers Anniversary, let us look at some exciting upcoming projects from this franchise.

In November 2022, the much-awaited Transformers: Earth Spark will be released. It is an animated television series that is set to debut on Paramount+. Its first season will consist of 26 episodes.

In January 2020, the producers announced a sequel to 2018 Bumblebee in development. The film is titled Transformers: Rise of the Beasts and is based on the Beast Wars storyline. It is now scheduled to hit the theatres on 9 June 2023. It will be the first instalment of a new trilogy series.

Fans took to social media to celebrate 15 years of Transformers. People shared their favourite clips from the film, and many booked their show to relive the moment for a two-day theatrical release of Transformers (2007). Fans are also excited about the upcoming films and shows from the Transformers franchise.

The Transformers franchise has changed fans’ lives since it came out. The first film came out in 2007, and here we are celebrating 15TH Transformers Anniversary in July 2022. We hope you can relive the fun in theatres near you. Want to book your tickets for the 14 July Transformers show? Click on this link

Do you want to watch the movie? Grab your tickets now and let us know in the comments!